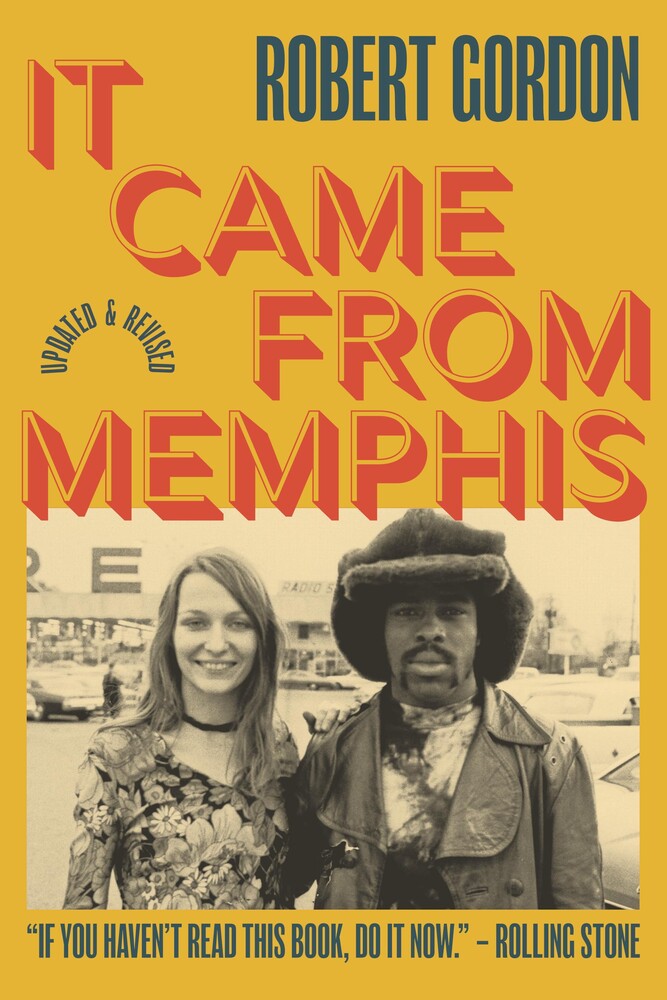 The updated and revised edition 25th Anniversary edition of It Came From Memphis by Robert Gordon features more than 80 new photos and a new layout, an updated text featuring more voices, a new foreword, afterword and updated buying recommendations from the author. Vienna in the 1880s. Paris in the 1920s. Memphis in the 1950s. These are the paradigm shifts of modern culture. Memphis then was like Seattle with grunge or Brooklyn with hip-hop-except the change was more than musical: Underground Memphis embraced black American culture when dominant society simply ignored or abhorred it. The effect rocked the world. Like no other music history, It Came From Memphis dishes it's tuneful tale with a full context of social issues. From institutional racism to cowboy movies, from manic disc jockeys to Quaalude motorcycle gangs, this story is as unvarnished a history of rock and roll as ever has been written. Stars pass through- Elvis, Aretha, Jerry Lee-but the emphasis is more on the singular achievements of artists like Alex Chilton, Jim Dickinson, Furry Lewis and wrestler Sputnik Monroe. This is a book about the weirdos, winos and midget wrestlers who forged the rock and roll spirit. The Memphis aesthetic is to invert expectations: artists encounter imperfection with a joyous enthusiasm, embracing mistakes and doing it all wrong by forging their own paths to get it exactly right, unwittingly changing the fabric of America. A storyteller's storyteller, Robert Gordon puts you in the shotgun seat, riding with the old coots and the young rebels as they pass a bottle and a blunt. Memphis changed the world, this book might change you. The paragraph that begins updated and revised should be all bold.