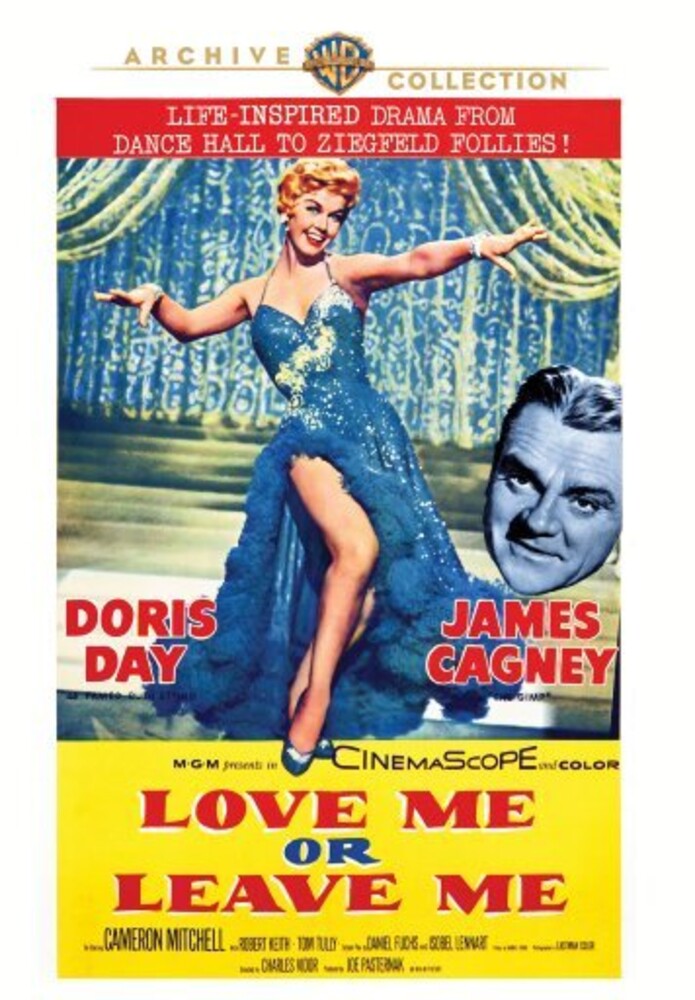 Roaring '20s songstress Ruth Etting had everything - the looks, the wiles, the smoky jazz voice, the it. She also had Chicago racketeer Martin "The Gimp" Snyder, who, even as he propelled her career, afflicted her. Laced with Doris Day's vibrant performances of songs from the era, this 1955 Academy Awardr winner (Writing - Motion Picture Story) is based on the tough-minded tale of Etting's life with the man who boosted her career with strong-arm tactics and smothered her in an obsessive grip she escaped at great peril. As Snyder, James Cagney earned one of the film's six Oscarr nominations. Day's Etting was a career-best dramatic performance, bringing acclaim from critics and protest letters from fans unprepared for the departure from her traditionally sunny roles