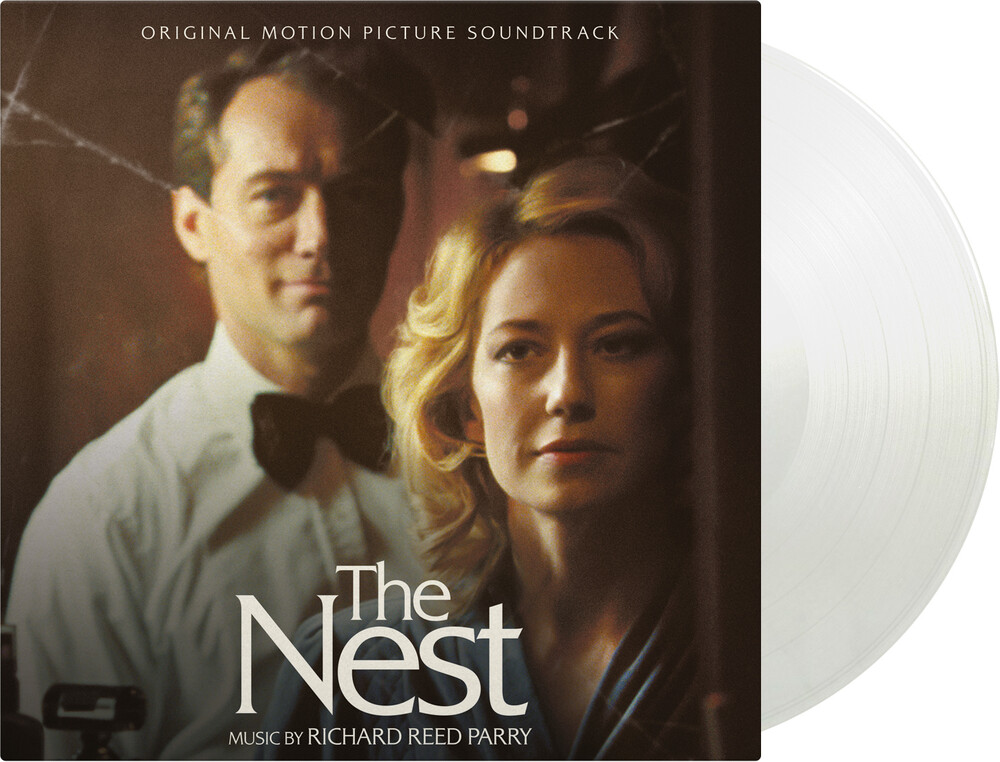 The Nest is a 2020 thriller film written, directed, and produced by Sean Durkin. It tells the story of a family plunged into uncertainty upon relocation from America to England, as the tense isolation of their new home affects them differently. It's soundtrack was arranged by Richard Reed Parry, a Canadian multi-instrumentalist, composer, producer, best known as a core member of the Grammy Award-winning indie rock band Arcade Fire, where he plays a wide variety of instruments. The Nest is available as a limited edition of 500 individually numbered copies on crystal clear vinyl. The package includes an insert with pictures from the movie.