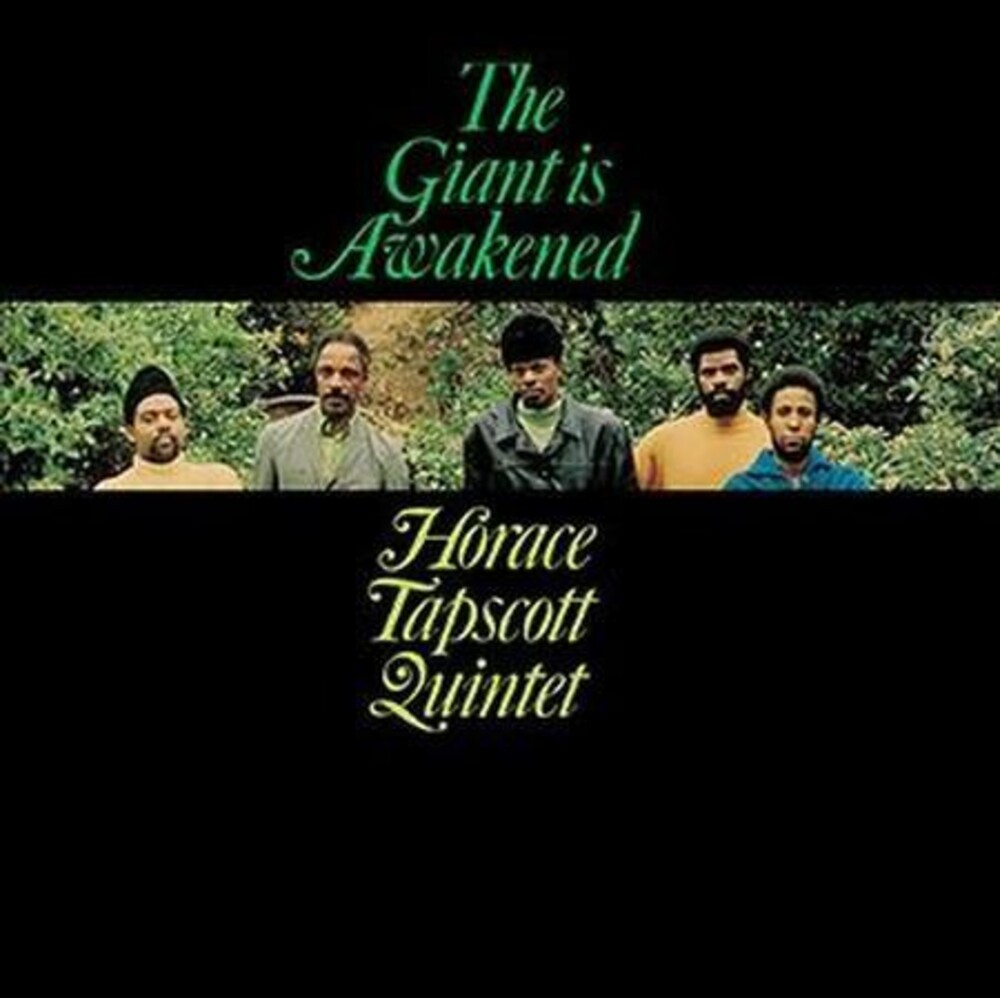 Vinyl LP pressing. The title of Horace Tapscott's debut release is apt, if not self-referential, for indeed a giant of West Coast jazz had awakened with this, the pianist/composer/bandleader's 1969 album for the Flying Dutchman label. Tapscott went on to form two groups crucial to the flowering of modern jazz in the Los Angeles area, the Pan Afrikan Peoples Arkestra (or P.A.P.A.; the name is an homage to Tapscott's predecessor and peer, Sun Ra), which eventually became part of a larger umbrella organization, Union of God's Musicians and Artists Ascension (UGMAA). Out of UGMAA came a host of LA-bred musicians, singers, and poets, including Arthur Blythe (who goes by Black Arthur Blythe on this recording), Stanley Crouch (who wrote the original liner notes), David Murray, Butch Morris, Wilber Morris, Jimmy Woods, Nate Morgan, and Sinclair Greenwell, Jr. (a.k.a. Guido Sinclair). And anchoring it all was Tapscott himself; as Kamasi Washington, whose vision of a large, Los Angeles community-based ensemble echoes that of P.A.P.A. and UGMAA, said in 2015: 'Horace is one of the most important figures in the foundation of music in L.A., from both a purely musically and socially conscious perspective.' Our first, neon green vinyl release of this momentous record sold out in a heartbeat; now, we're bringing it back in a black vinyl edition pressed at Gotta Groove Records, taken from high-resolution audio sources and complete with original gatefold artwork. A foundational document of West Coast modern jazz!