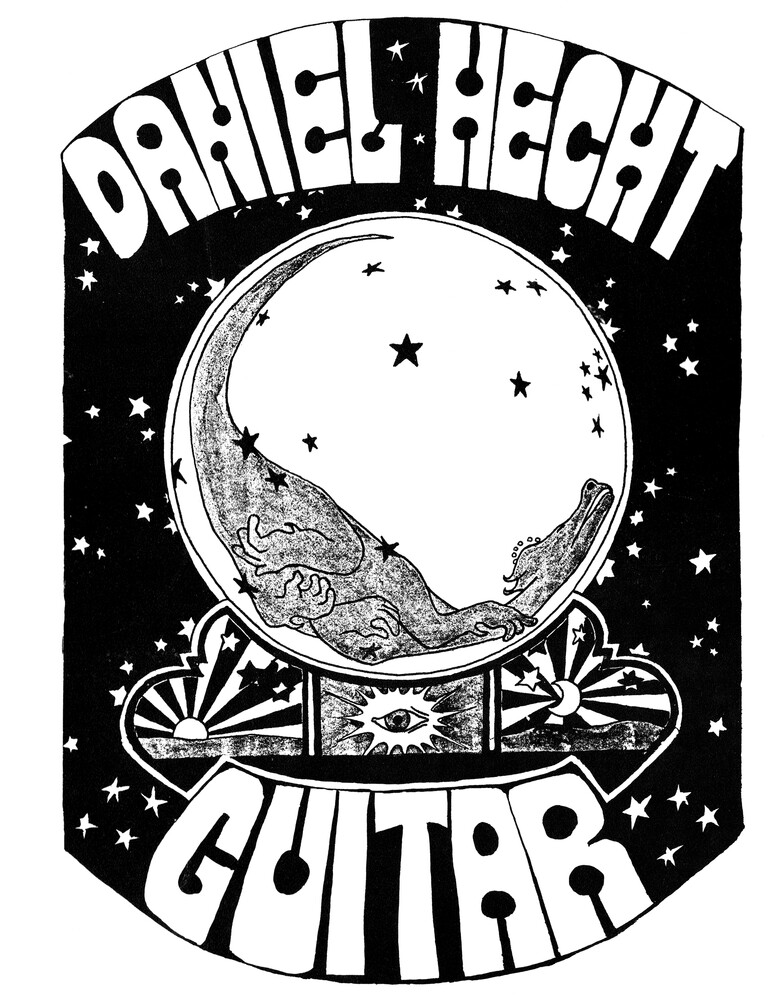 There are few instruments more uniquely suited to capturing the beauty and ennui of the rural American midwest than the acoustic steel-string guitar. In the hands of a master, the range of evocable emotion and experience is truly limitless. Daniel Hecht is one such master. His 1973 self-released debut album, simply titled Guitar, is an indispensable piece of the endless puzzle that is instrumental Guitar Soli music.Guitar was written and recorded while Hecht was living and working on a commune in Madison, Wisconsin. In between harvesting his own food and studying the music of Andrés Segovia and Mississippi John Hurt, Hecht found himself playing host to a legendary itinerant street performer, Moondog. On Moondog's insistent urging, Daniel decided to record some of his recent guitar compositions. Released on his own Dragon's Egg imprint, Guitar fused Hecht's complex classical preoccupations with his country-folk influences. The album eventually found a fan with guitar godhead, John Fahey, who eventually helped land Hecht on the eminent new age/instrumental label, Windham Hill. As Hecht's playing and composition grew in complexity, he found peers with labelmates like Michael Hedges, William Ackerman, and Alex DeGrassi. But it is his debut album that remains the greatest document of Hecht's talent and ambition in first bloom. A rolling, blissful trip through rural America, guided by the ambitious hand of a guitar master. Morning Trip is elated to release this gorgeous and seminal document of acoustic exploration on vinyl for the first time since it's initial 1973 offering.