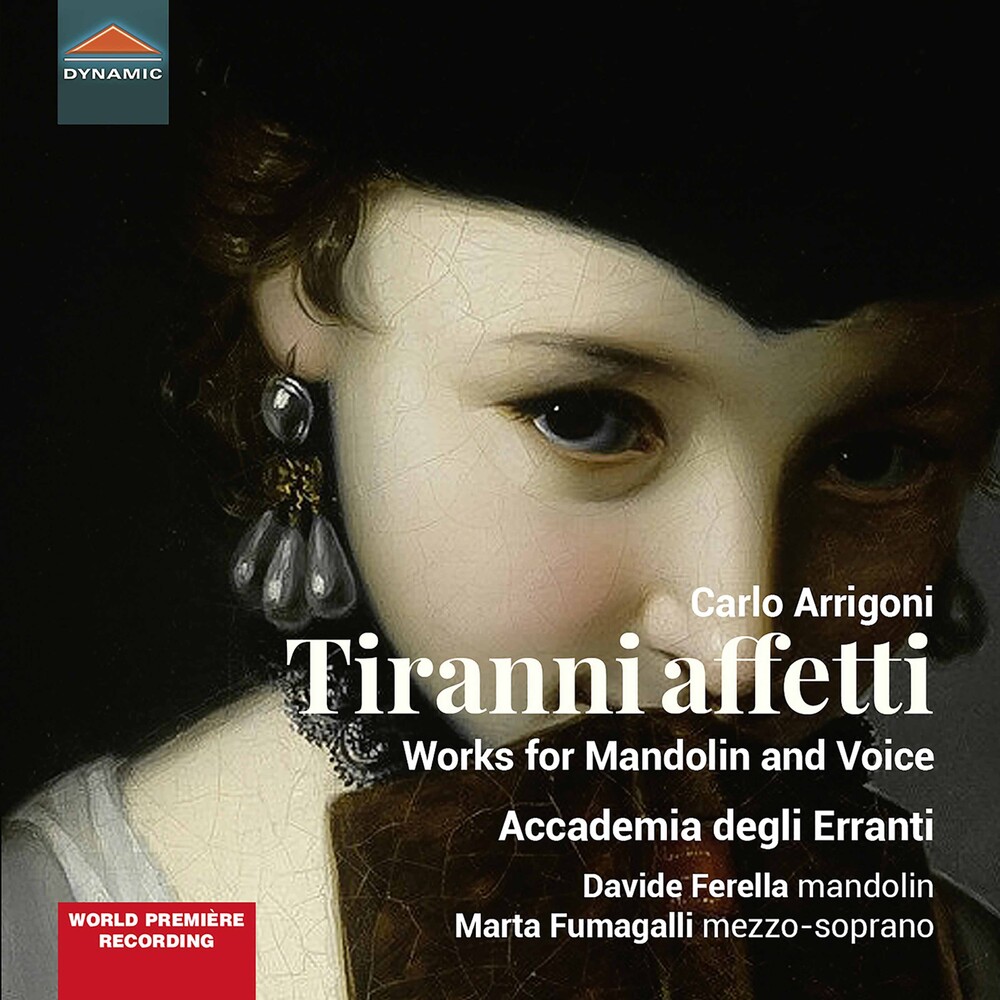 This release is a world première recording that allows us to rediscover the amazing talent of the 18th-century composer Carlo Arrigoni, whose oeuvre comprises oratorios, operas and a number of arias and cantatas. Born in Florence in 1697, where he held several jobs at Court, Arrigoni subsequently travelled to London, where he collaborated with Giuseppe Sammartini, and then to Vienna. A skilled musician (he played the lute, theorbo and mandolin) and an arranger, Arrigoni's works were highly praised by the public and critics alike for his ability to merge the stylistic influences of his time (for instance Handel's operas) within his own personal voice. He died in Florence in 1744. The arias and cantatas featured in this programme were likely composed around 1737-38, during his Viennese period. In them we can fully appreciate the signature style of a mature composer, secure in the wealth of experience acquired during his European trips. His approach to composing is always recognizable and individual, characterized by rich creativity and exceptional mastery of the various techniques. The works included in this release evoke a range of feelings: from moving arias imbued with sorrow and disenchantment, to lighter, more playful atmospheres which are characterized by lively rhythms. An eclectic musician, Arrigoni admirably blends different styles and influences in his output, which ensures that his works are characterized by a very personal and highly convincing imprint. His chamber music output is of historical and musical importance for us today. The sonatas for mandolin contained in this album were published in 2018 by Davide Ferella himself (CDS7821), while the vocal music tracks are still unpublished and preserved on manuscript at the Yale library.