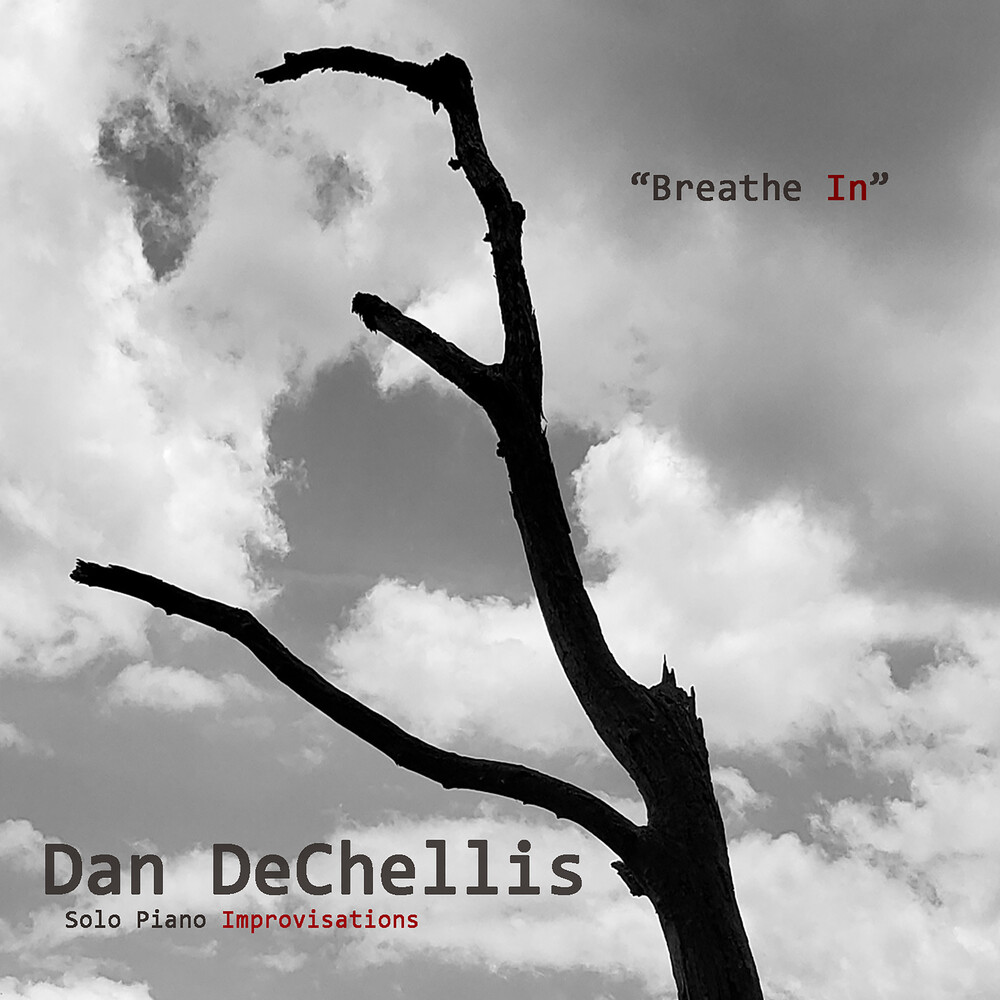 For fans of Brad Mehldau, Bobo Stenson, George Winston and Jazz! A genre-defying performer, dedicated educator, and omnivorous listener, Dan DeChellis has lived his musical vision for over 40 years, leveraging strict classical training into deep-dive explorations of modern classical improvisation, free improvisation, jazz, rock, and ambient music. After nearly posting a solo piano improvisation every day on his Youtube channel for the first 6 months of the lockdown, Dan decided it was time for another proper solo record. His first was released 25 years ago on the Sachimay Records label. Many things have changed since then. Dan has been a professor at Moravian College in Bethlehem, PA for the past 16 years where he directs the Moravian Improvised Music Ensemble and teaches a required class on Improvisation. "Breathe In" was recorded all in one sitting and released in the order recorded. Beginning piano studies at age 7, Dan earned bachelors and masters degrees in piano performance from Appalachian State University and Duquesne University, then spent a year studying improvisation with Paul Bley and Ran Blake at the New England Conservatory of Music (NEC). In Boston and later New York, he released more than a half-dozen solo and group recordings on his own Sachimay Records label; co-founded Brooklyn's Improvised and Otherwise Festival; performed at venues including the Knitting Factory, Tonic, CBGB's, and Sculler's Jazz Club; and collaborated with musicians including drummers Tatsuya Nakatani and Gerry Hemingway, saxophonists Bhob Rainey and Jack Wright, bassists Gene Perla and Reuben Radding, guitarists Philip Tomasic and Chris Forsyth, and the trio Chainworks with electronics player Brian Moran and percussionist Matt Hannafin.
back to top