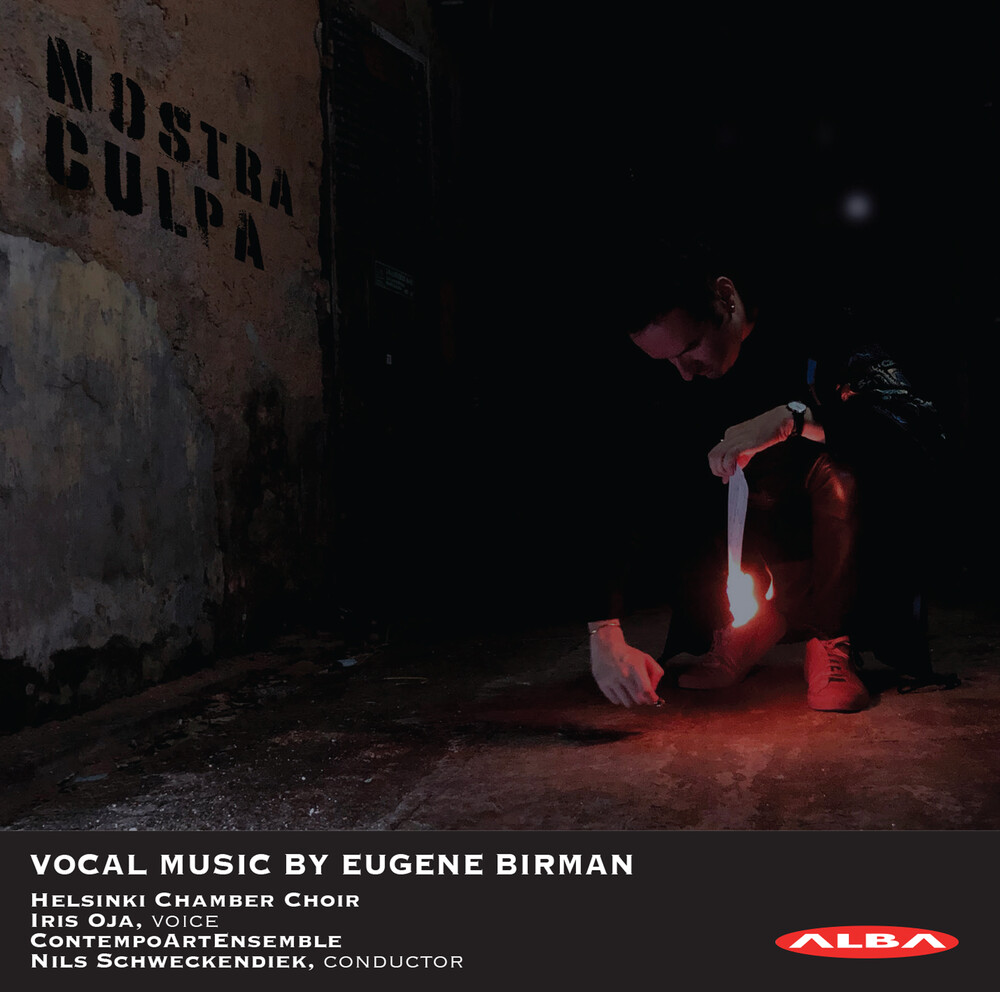 This recording is a rarity in the field of contemporary music: a powerful statement dictated by the desire of being heard. Nostra Culpa is a three-part recording project named after Birman-Diel's eponymous, and much talked-about, 'Twitter Opera' and exemplifies conductor Nils Schweckendiek and the Helsinki Chamber Choir's immersive engagement with the repertoire. A feat of sound engineering and performance prowess, Nostra Culpa also sanctions the emergence in the international scene of a major compositional talent. The Helsinki Chamber Choir was founded in 1962 as the Finnish Radio Chamber Choir and assumed it's current name in 2005. Currently Finland's only professional chamber choir, it's wide-ranging repertoire includes music from the Renaissance to the present day and it is particularly highly regarded for it's work with new music. The choir appears frequently at festivals in Fin-land and abroad and collaborates with symphony orchestras, period-instrument ensembles and contemporary music groups. It's concerts are regularly broadcast on national radio and television, and it has also appeared in productions for the ARTE channel and the European Broadcasting Union. Recent touring has taken the Helsinki Chamber Choir to the United States, the United Kingdom, Italy, Belgium, the Netherlands, Russia and around Scandinavia. The choir is a member of Tenso, the European network of professional chamber choirs.