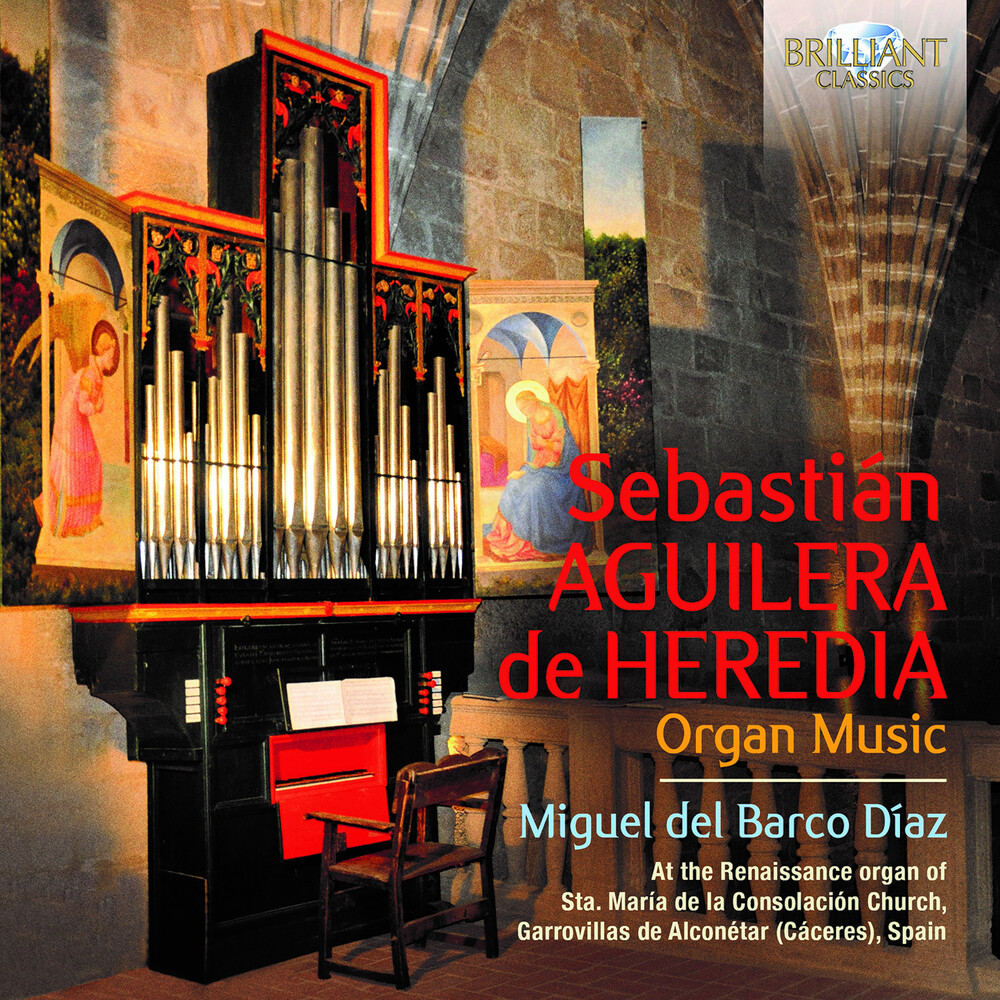 Despite only his book of 'Magnificats' and these 18 compositions for organ having come down to us today, Sebastiaìn Aguilera de Heredia (1561-1627) is noted in the history of Spanish music as one of the great figures in the transition from the Renaissance to the Baroque, comparable to his Dutch contemporary Sweelinck. His style reflects the polyphonic tradition of the Spanish Renaissance along with the elements of an incipient Baroque, bridging that of Cabezoìn (Renaissance) and Correa (Baroque). Unlike Italian composers (Frescobaldi in particular) whose music broke substantially with the aesthetics of the Renaissance, paving the way for the composers of Central and Northern Europe, the transition of Spanish organists to the new style was a gradual one. They continued to base compositions on the Renaissance tradition of four-voice vocal polyphony and counterpoint, yet began to elevate one soloistic voice above others serving as something akin to Baroque basso continuo. Aguilera's compositions display a style uniting the counterpoint, elegance and seriousness of vocal polyphony, a genre in which he was an accomplished master, with music that is more aligned with popular tastes and with dance, achieving an astounding result: works full of life, capable of conveying passions and affects, yet clearer and more comprehensible to the ears and tastes of all.