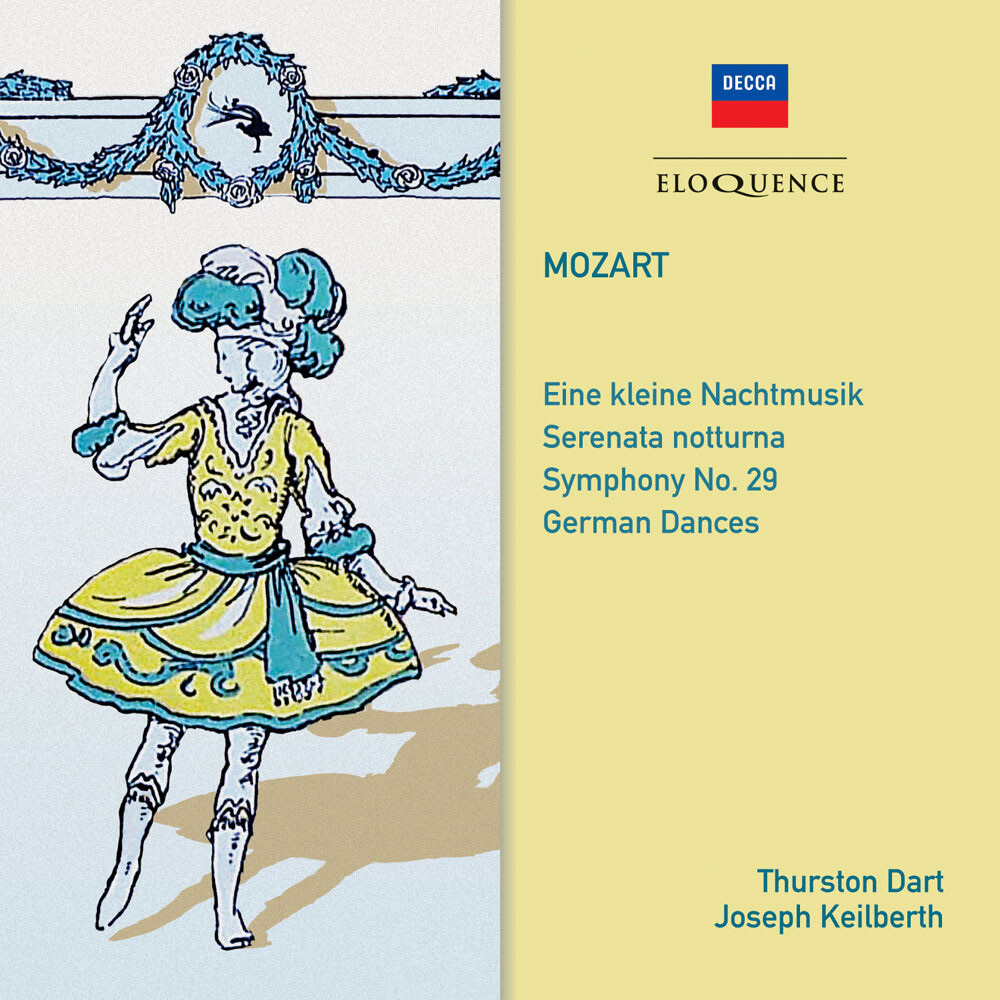 A first international CD issue for two contrasting albums of light-orchestral Mozart from Joseph Keilberth and Thurston Dart. The two albums reissued here exemplify the postwar revolution of Classical-era performance styles. Having begun to make records in 1938, the L'Oiseau-Lyre label worked in the vanguard of the period-performance movement, yet in 1951 the Bamberg Symphony Orchestra and it's long-time principal conductor Joseph Keilberth were engaged to record the Symphony KV 201 and the two sets of German Dances. They did so in Paris, the day after giving a concert in the Salle Pleyel to open a tour of France, Spain and Portugal. The sessions prompted a laconic diary reflection from Keilberth - 'How hard it is to stick to a really secure 3/4 pulse' - but the authors of The Record Guide observed an unexpected lightness of touch about the results. L'Oiseau-Lyre's founder Louise Dyer continued, however, to engage artists who were scholars as much as musicians - none more eminent than Thurston Dart, who had produced a scholarly edition of Couperin's keyboard works on which much of the label's reputation was founded, and who directed his own ensembles such as the Philomusica of London with a sure and lively touch. This recording of Eine kleine Nachtmusik was the first - and still one of the only - to insert a replacement for the work's missing first minuet: in this case, Dart's own orchestration of a movement from a piano sonata, following a suggestion made by Alfred Einstein. It was also the first album of Mozart's orchestral music where the instrumentalists used 'period' bows, lighter and differently balanced, lending a natural shapeliness to the phrases.